World Wide Work -- Books, Films, Music You May Have Missed 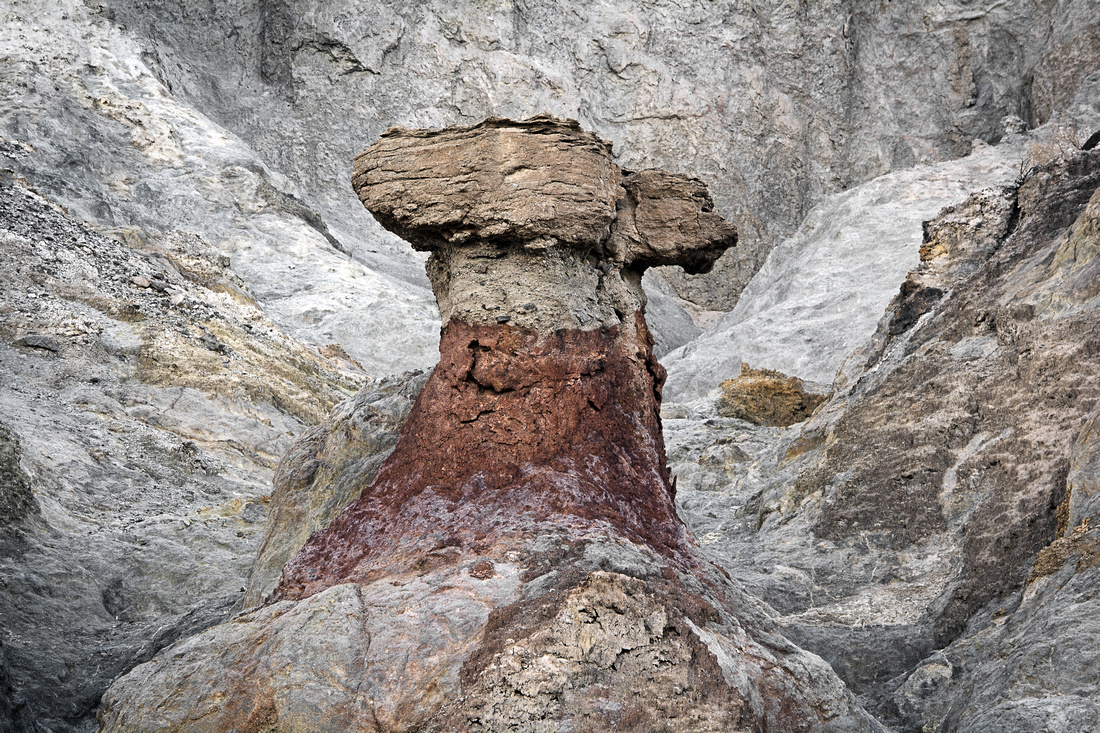 Writers on the Range syndicates thought-provoking columns that are then published by dozens of newspapers in the western states, including this one I contributed about an unusual coalition from across the political spectrum that defeated a giant corporation’s fracked gas pipeline proposal as part of a broader fight for a clean energy future.

New Verse News publishes poems that react to topical issues or current events, including this one that I contributed recently.

Ashland.news is an alternative online news source started recently after a wealthy media mogul from the east coast bought the two newspapers in Oregon’s Rogue Valley, shutting down one and orienting the other even closer to the local economic and political establishment. I contributed this article explaining a plan by the small town of Talent after a devastating wildfire to stimulate affordable housing, bring back small businesses, and help prevent future disasters.

The Memoirs of Stockholm Sven by Nathaniel Ian Miller (Little Brown). In this contemplative and often touching novel full of nature lore, an unhappy Swedish man in the early 1900s goes to live in the Arctic, where he suffers a disfiguring mining accident that leads him to a life of solitude in a harsh and remote fjord. He eventually bonds, despite himself, with an itinerant trapper, a Scottish geologist, and his own niece who also could not fit into Swedish society.

Bird Brother by Rodney Stotts and Kate Pipkin (Island). Stotts grew up in one of the poorest neighborhoods in Washington DC and was dealing drugs to survive when by chance he was hired by an environmental group to help clean up the Anacostia River to make it hospitable not only for humans but for bald eagles that once lived there. Today, he is a master falconer and uses exposure to nature to help kids as poor as he once was.

The Northern Lights by Lucy Jago (Knopf). Cultures around the world had a variety of traditional explanations for the aurora borealis, but it was not until the early 1900s that a Norwegian scientist demonstrated the actual cause. This intriguing biography shows the hoops he had to jump through and the scientific, corporate, and political forces he had to deal with, as well as the effect of his work on his personal life.

Deadheading by Beth Gilstrap (Red Hen). These 22 short stories tell about people in the South who live on the margins and ache for connection and ways to do right by the people around them.

I’d Like to Say Sorry But There’s No One to Say Sorry To by Mikolaj Grynberg (New Press). A Polish psychologist produced these 31 first-person fictional monologues, each just several pages long, by a variety of characters, some Jewish, some talking to or about Jews. It adds up to a poignant picture of how the trauma caused by persecution of Polish Jews during and after WWII and up to the present day lives on from one generation to the next. As might be expected in such a work, the deadly serious is mixed with irony and humor.

Generation Priced Out by Randy Shaw (University of California). Housing has become unaffordable for many in today’s younger generations. Looking at attempts in a dozen cities to do something about that, a longtime housing organizer identifies concrete steps that those who do have affordable housing can support, including building more affordable housing units, requiring that new developments include some affordable units, using public land for affordable housing, helping nonprofits purchase small affordable sites, increasing state and local funding, enacting strong tenant protections, ending exclusionary zoning, and more.

Our Veterans by Suzanne Gordon, Steve Early, and Jasper Craven (Duke University). Many U.S. counties have highway signs when you cross into them that say, “We Honor Veterans.” But in practice the U.S. mostly does not live up to that slogan as it prioritizes military profiteering and endless wars over policies to achieve peace and as it mistreats many military personnel both during and after active duty. Without support to transition from active duty to civilian life, many military personnel are now finding their way to local law enforcement and/or to right-wing white supremacist groups, often with disastrous consequences. Meanwhile, politicians, corporations, and traditional veteran organizations often advocate policies that serve their own interests instead of the veterans they claim to support.

Black Walden by Elise Lemire (University of Pennsylvania). Most history books describe Concord, Massachusetts, as a place where the American Revolution was launched by hard-working white farmers and where famous authors like Thoreau, Emerson, and Alcott generated iconic literature. This account reveals that enslaved Black people there provided a lot of the farm labor for wealthy farmers, and that when some of them became free they formed a small community in the Walden woods, years before Thoreau lived there.

The People Are Dancing Again by Charles Wilkinson (University of Washington). This instructive history was produced with the cooperation of indigenous peoples of southern and western Oregon and moves from their lives before the European-American invasion to the broken treaties and trails of tears to their reservation years and finally to their cultural revival.

Devils Hole Pupfish by Kevin C. Brown (University of Nebraska). For more than a hundred years, scientists and public agencies have tried to preserve a tiny and unique population of fish that live only in one underground body of water near Death Valley. The history of those efforts, often over the objections of wealthy developers, shows how clumsy humans can be when trying to “steward” already impacted ecosystems.

Twenty-Two Cents An Hour by Doug Crandell (ILR Press). Too many workers with disabilities are exploited for subminimum wages as low as 22 cents an hour while corporate executives, Wall Street speculators, and huge “nonprofits” grow wealthier and receive taxpayer subsidies, all the while claiming to be providing a public service by supposedly giving these workers “opportunities.” An exceptionally thoughtful and informative explanation of this exploitation gives specific examples, discusses the boycott of Goodwill Industries, cites efforts to make progress in Oregon and other states, and calls for nationwide reforms.

Toward Antarctica by Elizabeth Bradfield (Boreal). A woman who served as a naturalist on several tourist ships to Antarctica uses photographs, poems, and snippets of diary-like prose to share her thoughts and feelings that the experience provoked.

Forget the Alamo by Bryan Burrough, Chris Tomlinson, and Jason Stanford (Penguin). Despite the title, the authors want Americans to “Remember the Alamo,” but as a good example of the need to reexamine our history through a lens of fact, not legend. The actual dispute between the Mexican government and those like Davy Crockett who were defending the fort was over whether “settlers” from southern states were going to be allowed to import slavery into Texas, which was then part of Mexico.

Humane by Samuel Moyn (Farrar, Straus and Giroux). By focusing on the legalistic fine points of what kind of torture or drone attacks constitute “war crimes,” both major political parties have successfully shifted national discussion away from preventing wars and finding alternatives.

Managing with Labor’s Values by Ken Margolies (ILR). Activists in unions or social justice organizations sometimes find themselves in a position of supervising the work of others – a role they may not have expected. Often, they have internalized ineffective or even abusive management styles from other institutions. This guide, which can be downloaded for free, suggests ways to lead that are consistent with progressive values.

Soumaya. In this feature film based on a true story, a Muslim woman who is a manager at an airport transportation company in Paris is fired out of the blue as part of an “anti-terrorist” campaign, even though she has done nothing wrong.

Arab Blues. A psychoanalyst who has been living in Paris comes back to her hometown in Tunisia and sets up her practice there, with a specific focus on serving working class people. Everyone tells her that no one will be interested in seeing her, but the opposite turns out to be true.

The County. In the Icelandic countryside, a cooperative formed decades ago to free farmers from exploitation by outside corporations has now become corrupt itself. After her husband dies, a very determined dairy farmer tries to organize her neighbors to fight back, despite threats and intimidation.

The Sense of Wonder. A French widow with two children is trying, without much success, to save the family farm. Driving home one day, her car hits a stranger, giving him bruises that need to be tended to. It turns out that he has a form of autism and is both socially unusual and mentally gifted. In this feel-good feature film that often requires a willing suspension of disbelief, the two of them find that each can help the other.

Perro Bomba. A young Haitian man immigrates to Chile for a better life in this realistic feature film. He works hard and stays out of trouble, but, little by little, racism and classism in his adopted homeland keep narrowing his options.

Native Sons by Los Lobos. The virtuoso band from East L.A. displays its versatility as it covers songs from a wide range of L.A. musicians, including Lalo Guerrero, Jackson Browne, Buffalo Springfield, Percy Mayfield, The Beach Boys, The Midniters, Dave Alvin, and more.

Quietly Blowing It by Hiss Golden Messenger. Easy listening songs about love and loneliness and about working class life today, as in “Mighty Dollar”: “It never fixed a broken heart. It never made a dumb man smarter. Hey, but I made it try. It’s hard to see with the sun in your eyes.”

If you find this bulletin helpful, please share this edition of World Wide Work with others.

The photograph above, “Black Mountains Hoodoo,” was taken this spring at Death Valley National Park. More photos may be seen at MattWittPhotography.com, where all proceeds from sales go directly to the Rogue Action Center, an independent nonprofit hub for community organizing.